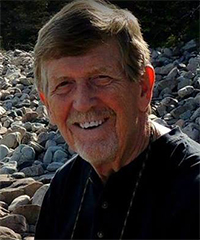 Did a tiny bird in Texas really communicate with a horse and convince him it was okay to load on a trailer he’d never been on? Did a horse, after a three-year absence, know that its previous owner was present by hearing a harmonica being played? Did a horse, who had never acted up, hurt its owner on purpose so she would go to the doctor, where she discovered cancer had returned? Richard D. Rowland seeks the answer to fascinating questions as he explores the connection between humans and animals. As someone who was diagnosed with a rare blood cancer and given three years to live (more than twelve years ago), the human-animal bond is a subject he knows well. Animals caused him to rethink life and showed him things he never thought possible-and they led him to write his previous book, Unspoken Messages: Spiritual Lessons I learned from Horses and Other Earthbound Souls. Based on his interviews with people throughout the world, this book expands on how animals are misunderstood-and how they’re much smarter than most people believe.

To learn more about Richard Rowland and his work, go to www.richarddrowlandbooks.com

To get your copy of A Glimpse Behind the Veil, please visit our Amazon affiliate link.