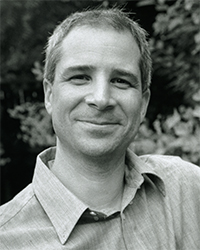 How much is a human life worth? Individuals, families, companies, and governments routinely place a price on human life. The calculations that underlie these price tags are often buried in technical language, yet they influence our economy, laws, behaviors, policies, health, and safety.

These price tags are often unfair, infused as they are with gender, racial, national, and cultural biases that often result in valuing the lives of the young more than the old, the rich more than the poor, whites more than blacks, Americans more than foreigners, and relatives more than strangers. This is critical since undervalued lives are left less-protected and more exposed to risk.

Howard Steven Friedman explains in simple terms how economists and data scientists at corporations, regulatory agencies, and insurance companies develop and use these price tags and points a spotlight at their logical flaws and limitations. He then forcefully argues against the rampant unfairness in the system. Readers will be enlightened, shocked, and, ultimately, empowered to confront the price tags we assign to human lives and understand why such calculations matter.

Howard Steven Friedman is a data scientist, health economist, writer and artist. He teaches at Columbia University. Friedman received his Bachelor’s degree from Binghamton University in Applied Physics. He earned a Masters in Statistics and Ph.D. in Biomedical Engineering from Johns Hopkins University. Friedman took a position as a director at Capital One where he led teams of data scientists, statisticians, analysts and programmers in various areas of operations and marketing. He later formed companies that provided consulting services in areas of designing, developing and modeling data.