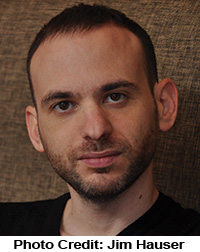 How much sex are people really having? How many Americans are actually racist? Is America experiencing a hidden back-alley abortion crisis? Can you game the stock market? Does violent entertainment increase the rate of violent crime? Do parents treat sons differently from daughters? How many people actually read the books they buy? In this groundbreaking work, Stephens-Davidowitz, a Harvard-trained economist and former Google data scientist, argues that much of what we thought about people has been dead wrong. The reason? People lie.

Seth Stephens-Davidowitz is a New York Times op-ed contributor and former Google data scientist. He received a BA in philosophy from Stanford, where he graduated Phi Beta Kappa, and a PhD in economics from Harvard. His research—which uses new, big data sources to uncover hidden behaviors and attitudes—has appeared in prestigious publications such as The Journal of Public Economics. His first job in journalism was at his local newspaper, The Bergen Record, in high school, where he was an obituary writer.

To learn more about Seth Stephens-Davidowitz and his work, visit www.sethsd.com

To get your copy of Everybody Lies, please click here.