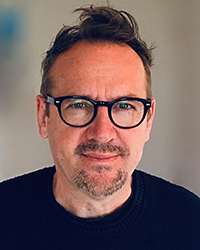 Across thousands of years, people have described one of the most astonishing of all human phenomena: the near-death experience (NDE), the subjective experience of an Afterlife, a place where we apparently survive death. The more powerful the NDE, the more profound the after effects. The ambitious reset their priorities. Atheists change their values. Doctors rethink their beliefs. But what if the after effects of an NDE were undeniable? What if someone suddenly developed the ability to produce high quality paintings of their NDE, a new-found skill that went far beyond the artistic ability they had before? And what if that same person then suddenly acquired the ability to compose classical symphonies after their NDE? And their symphonies were then premiered at sell out orchestral concerts, even though, to this day, they are unable to read or write a single note of musical notation. Wouldn’t this be proof that even a cynic would have a hard time explaining? After his NDE, this is exactly what happened to David. And this is his story.

To learn more about David Ditchfield and his work, visit www.shineonthestory.com

To get your copy of Shine On, please visit our Amazon affiliate link.