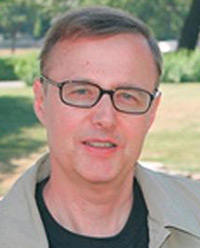 Bill Sweet from Spindrift Research joins Eldon to discuss scientific findings from research that demonstrates the power of prayer. Three forms of prayer will be discussed: goal-directed prayer, non goal-directed prayer, and how our Defense Mechanisms contribute to why we fail to get a decent grasp of our own psychic and spiritual experiences. Don’t miss this discussion.

Bill Sweet was always interested in paranormal phenomena which include the spiritual phenomena of prayer. Through meeting the founders of Spindrift Research, Bruce and John Klingbeil, Bill began to grasp new ways of applying consciousness research to religion and science. Bill learned that the Klingbeils were healers in the Christian Science tradition who were doing scientific tests of consciousness and prayer.

Bill Sweet was president of Spindrift for four years.

Bill was brought up in Wilmette, Illinois. He graduated from New Trier High School, which was the top public high school in the country at the time. He went to Illinois State University and received a communications degree. Bill has the highest-level ham radio operator’s license. He is also an audiophile and musician. For the Chicago area, Bill’s booking agency handled bands ranging from Dixieland, Rock and Roll, Disco, Big Band, and small group jazz.

To learn more about Bill Sweet and the research at Sprindrift, please visit, www.spindriftresearch.org

To purchase A Journey Into Prayer, please click here.