Where Do Ideas Come From? 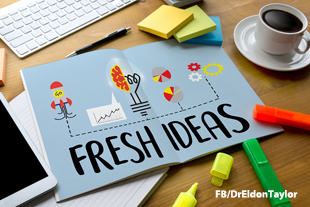 Today I wish to address the idea behind ideas. Think about that—where do our ideas come from and can we somehow encourage more of them? I mean, wouldn’t it be nice if we could magically turn a switch on in our minds and voila, some tremendous far-sighted innovation!

According to Abraham Loeb, an Israeli American theoretical physicist and Professor at Harvard University, “They’re nurtured by informal dialogues in environments where mistakes are tolerated and critical thinking is encouraged…Ideas originate from pregnant minds, just as babies emerge from the bellies of their mothers.” If so, what then makes a mind fertile? Loeb suggests that it is “the freedom to venture without the confines of traditional thinking or the burden of practical concerns.”1

In an article by Drew Boyd, appearing in Psychology Today, the argument for patterns, a sort of template, is made. “Let’s look at the most successful rock band in history, The Beatles. In a biography of Paul McCartney, he shared his secret: ‘As usual for these co-written things, John often had just the first verse which was always enough. It was the direction it was the signpost and it was the inspiration for the whole song. I hate the word, but it was the template.’”2

Is there some creative template that sends ideas rushing into the mind? Boyd suggests there is:

Surprisingly, the majority of innovative products and services can be explained by just five patterns.

First is subtraction: this is the elimination of a core component – something that seemed essential at first.

Next is task unification: where a component of a product has been assigned an additional job. One that it wasn’t designed to do.

Then there is multiplication: many innovative products have taken a component and copied it, but change the component in some counterintuitive way.

Then we have division: where you take a component, or the product itself and divide it along some physical or functional line and then rearrange it back into the product.

And finally attribute dependency: this is where a product has a correlation between two attributes of the product and its environment. As one thing changes, another thing changes.

These five patterns are a crucial foundation to being more creative.3

Others insist that new ideas arise as a result of fertilizing the mental womb with conversations, books, online chats, and so forth—all to broaden the range of thinking. Still others suggest that some people are just gifted. There are additional claims, but in my mind innovation is the result of uncontaminated curiosity, a strong desire (including necessity), the free and open mind suggested by Loeb, and most importantly—an unfettered sense of self-confidence.

Let me unpack the confidence aspect. Many people have truly great ideas but they lack the confidence to do anything with them. I have heard from many people comments such as, “I thought of that a long time ago. I should have done something and the millions this guy is making would be mine.”

When it comes to believing in yourself, nothing is more important than that inner chatter that informs you regularly of what you can do and what you can’t. The old no-don’t syndrome from our early upbringing haunts many with self-doubt, fear of failure, worthlessness values, and so forth. Overcoming this sort of stream of consciousness is what InnerTalk technology is designed to do. Indeed, the patented and proven effective InnerTalk technology changes the way we talk to ourselves and thereby alters our expectation. From the inside out we become confident, resilient, assured of our own value, and ready to not only recognize the great ideas we have but to put action behind them.

One Idea Can Change the World

A friend of mine once said something very provocative that has stuck with me for years, “You are only one idea away from changing the world.” This is so true of all of us—one idea can and often does change not only our personal world, but the world around us.

My advise—there is nothing more important than rewriting all those old negative self-limiting thoughts that show up in our self-talk and you can begin today!

Thanks for the read and here’s to your innovative inspiration! 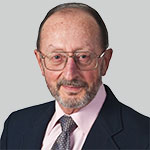