InnerTalk: The Missing Pieces To The Success Puzzle! 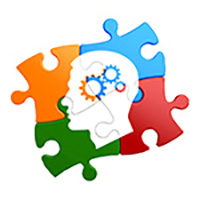 Eldon Taylor's InnerTalk Technology is a patented technology that has been researched by numerous independent universities and institutions and been demonstrated effective at priming how you speak to yourself. InnerTalk is designed in such a way that the change you desire begins from within as a result of changing the way you talk to yourself, changing that internal chatter from self-doubt and worry to assured confidence and self-composure; thereby changing your expectation, attitude, and perception.

InnerTalk uses a special form of dichotic masking that tasks your brain hemispheres according to their specialty, providing for a whole brain experience. This shadowed masking is often thought of as subliminal, but it is in fact quite different than hiding messages 30, 40 and 50 db beneath the music or nature sounds. Indeed, you will hear voices from time to time but you will be unable to discriminate the messages. This method insures that the negative programming that produces automatic negative thoughts or ANTs, is unable to interfere and argue back against the positive statements, as is usually the instance when using just affirmations.

The Science Behind InnerTalk

InnerTalk has been studied in numerous scientific studies including the most demanding type, that known as a "double-blind study."

Features pleasant, easy-listening music or nature sounds that are specially mixed with positive background affirmations on the chosen self-help topic. Can be played in the background 24 hours a day if you wish. Learn More

Utilizes a guided imagery scenario and assumes there is a reason you have not achieved your goal. Power Imaging helps you discover this reason and helps you to move beyond it. Learn More

Supportive verbal coaching reinforced by affirmations to imprint both your conscious and subconscious mind with positive suggestions. Uses the beautiful music of renowned composer Steven Halpern to soothe you into a highly receptive state to absorb gentle verbal coaching. Learn More

Authoritative verbal coaching reinforced by affirmations to imprint both your conscious and subconscious mind with positive commands. Perfect for the highly competitive personality such as athletes or high performance business people. Learn More

As you relax in front of the colorful, ever-changing geometries on your television screen, your subconscious mind perceives the hidden visual affirmations within the patterns. And while your eyes are immersed in the kaleidoscope of colors, your ears are bathed with pleasant, easy-listening music containing powerful InnerTalk audio affirmations. Learn More

Our two program Power Sets include one headphone only program (program 1) using tones and frequencies together with fully audible verbal coaching (as with OZO and Echo-Tech) and one InnerTalk program (program 2) using a nature soundtrack. Power Sets get you started with that right now "I feel it" response from using program 1 and back it up with our patented and proven thought modification technology to reinforce and sustain the change. Learn More 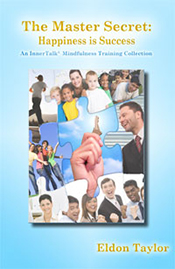 There are seven fundamentals to what has been called The Master Secret. This is the secret to happiness; some call it the peace that passeth understanding. Others refer to it as an ecstatic state of joy. It is also known as the doctrine of non-resistance ... Read More 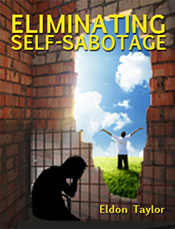 Self-Sabotage occurs when our subconscious mind clings to an old defense mechanism that was designed to protect us from some kind of hurt, and applies it to a situation where it is no longer appropriate. These patterns of behavior can cause us to fail in our goals despite our very best efforts... Read More