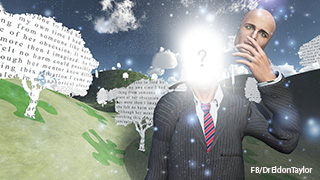 For more than three centuries the idea of an unconscious mind was ignored or denied by the larger community of science. Indeed, as Joel Weinberger and Valentina Stoycheva point out in their wonderful new book, The Unconscious, “. . . for most of the history of Western thinking, unconscious processes were ignored, minimized, or flat-out denied.” And while this is undeniably true, researchers and philosophers alike nevertheless discovered evidence of unconscious processes but chose to relegate them to material matters. For example, Mesmer credited magnetic fluids and refused to acknowledge alternative theories that hypothesized an unconscious or subconscious mind, something Braid later argued when he coined the term hypnosis.

My first psychology class emphasized the work of Skinner and as such, behaviorism held a firm grip on scientific psychology. We’ve come a long way since then. Today our understanding of the unconscious mind generally informs us that it is the engine behind conscious awareness. A great deal of research strongly suggests that the unconscious actually informs the conscious mind of the choices we make. As such, many scientists today argue that free-will is an illusion.

Is free-will an illusion? Our minds have been trained by convention, filled with expectations about everything from aging to success, conditioned to consume, and so forth. As such, our unconscious can become so inculcated with negative beliefs that much of its influence over us may sabotage our true highest best.

The power of the unconscious is incredible and we all have trained unconscious minds. The problem is, we didn’t do the training, we didn’t choose the content, and we have allowed our unconscious to reinforce its programming by controlling much of our lives with thoughts of fear, doubt, uncertainty, etc.

It was this very question that sparked my initial research that led to the creation of InnerTalk—an automated way to train the unconscious mind with empowering beliefs. InnerTalk is so unique, it’s whole brain (whole brain is our trademark) method is the original patented technology for change. Indeed, it is the only audio technology of kind to be independently proven effective in the most rigorous of scientific designs—the double-blind study. And it has repeatedly been tested using this toughest of all scientific methods and repeatedly demonstrated effective. It gains its power by talking to both halves of the brain according to how the hemispheres process information. Additionally, the technology uses both patented methods (the patent covers 105 claims) and proprietary methods that literally rewrite your self-talk. Instead of hearing doubt and self-destructive self-talk, you’ll find yourself affirming your goals and ambitions. “Yes I can and yes I do deserve”—are the sort messages that empower and, when they originate from the inside out, can lead you to new levels of success regardless of your objectives.

When you want to get ahead in life, whether it’s building positive relationships, promoting self-healing, or becoming financially independent, training your unconscious is the place to begin!

InnerTalk users have a lot to say about the power of this technology to empower your life. Pat wrote, “Your programs are awesome!! My daughter said when she was studying for the Virginia Bar she played your CDs day and night; she too attributes passing that so-called 2nd most difficult bar in the US to your programs.”

Martin wrote, “I listen every day and I feel awesome, can’t wait to order more for other areas of life.”

Wanda wrote, “Thank you Eldon & Ravinder for the work you do! I hope someone will be positively inspired by my story. It’s the story of a woman who was completely devastated and rebuilt her life from less than zero.”

Zinnia wrote, “Thank you so much for helping me climb back up from a death battle with cancer, memory loss from a concussion, child abuse and domestic violence, and low self-esteem. I will continue to do all that I can to be healed and continue to play your programs.”

We have thousands of stories we could share with you. That said, ask yourself what you’d like to change? Where would you like to be a year from now? What goal or ambition is yet unrealized and why? If your inner chatter fails to support you, if your self-talk negates your worth and ability, then why not begin re-training now.

All of us have trained unconscious minds—the question is “Who trained them?” Why not begin training your own mind with the content of your own choosing?

I’m interested in what you think, so let me know. In the meantime, thank you for the read.