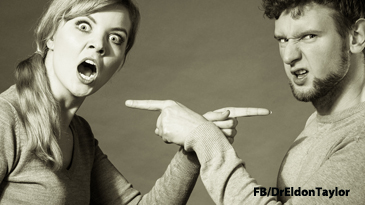 In this week’s spotlight, I wish to approach the subject of disagreements. It’s not possible in today’s world to avoid coming across events, beliefs, customs, and/or moral issues, which we may not agree with. Sometimes it seems that it is also almost impossible not to engage in a disagreement, for as the adage (paraphrased some) goes, “The only thing necessary for the triumph of evil is for good people to do nothing.” That said, how we engage is also important for as Robert Quillen put it, “Discussion is an exchange of knowledge, argument an exchange of ignorance.”

What are we to do? Walk away? Be silent? Engage—and if so, how? Is there a good, better, best way to exchange ideas and avoid argument? Especially in a world where so many folks seem cocked and loaded should anyone disagree with their treasured ideas? In other words, how do you discuss ‘knowledge’ and avoid argument?

Someone I know, and have a great deal of respect for, holds many ideas that are completely opposite to my own. We can disagree on everything from spirituality to politics. He is a very intelligent man so it might be instructional to look at how he and I can sometimes fail to communicate when it comes to sharing ‘knowledge.’

First, by contrast, sharing knowledge is not the same as exchanging differing viewpoints or opinions, especially those front loaded with emotion. By way of example, a discussion about religious interpretations of life after death has few genuine possibilities for the exchange of knowledge per se’. Oh, we might share stories of a subjective nature, but subjective experience is not what we consider to be knowledge based on objective fact. What does that mean and imply?

Let’s say we are discussing politics and I ask the question, “What should we do about the issue of the southern border?” Today, there are many who would respond with an anti-Trump rant, focusing on the belief that he’s a racist. However, stop and think about this. Remember, my question was not about Trump—it was about the proper course of action. Unfortunately though, the conversation has already veered off track and is no longer a conversational exchange of knowledge regarding the proper course. Rather it is a political railing against a person. Would it not be more productive to begin with knowledge statements regarding the best way to deal with this problem?

Perhaps I ask, “What should we do about separating children from parents?” There are those who would answer, “Obama separated children from parents as well.” Wait a minute, I might think, I didn’t ask about Trump or Obama, I asked for your thoughts regarding the enforcement of our laws on the border and the requirement to separate children. “Did I not ask the question correctly?” I might ask myself.

Or let’s take another hypothetical. I state that the crime rate is rising in some neighborhoods due to law enforcement’s reluctance to police certain areas where the probability of negative press is high if their lawful actions are deemed improper. Certain groups of people could well answer with something like, “Cops are slugs and they profile people and that’s wrong.” How has this advanced our understanding of the problem or led to any helpful exchange of knowledge?

It’s indeed a tough one these days to stay on topic and avoid venting our emotional attachments to various issues, and yet, unless we do—how do we ever solve a problem? If we are to avoid arguments and instead exchange information that might lead to constructive agreement, ergo solutions, we must harness our emotions and calmly approach the most controversial of subjects almost as if we were simply a higher form of Artificial Intelligence (AI).

Think about how an advanced AI program might approach a problem seeking solutions. Would it argue with another equally informed AI system or exchange information such that both AI units had all of the facts and could ultimately at least find a suggested best way forward? Now I’m not saying that emotion has no place in our reasoning faculties for it definitely does. Empathy does and should play a major role in our approach to a civilized world, but that said, there is a time and place as well as a proper use of emotionally laden meaning.

I for one never want our world to be run by AI. Imagine how AI might solve the problem of social security funds running out. The logic alone might say just do away with everyone over 65. No—we need our emotional input but we also need to control it and not let it control us!

As I said earlier, it’s a tough one, but if there was ever a time for us to deal with the exchange of knowledge and aim to avoid argument, it is now. My thoughts anyway—what are yours?