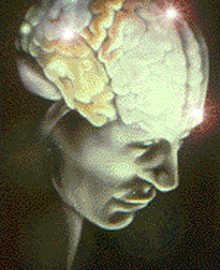 I have often been asked what we do at InnerTalk. In answering this question, I usually begin by saying something like, “Well that begins with a story.” So please allow me to share that story with you now.

In the mid 1980s I owned a private agency specializing in intelligence and counterintelligence. The practice of lie detection testing and forensic hypnosis were among my specialties. I had developed a form of dichotic masking that we used to play subliminal messages such as “the truth shall set you free” during detection of deception interviews and examinations. The use of this technology substantially increased our confession rate while reducing our inconclusive test results. This was again in the 1980s when the field known as subliminal priming was basically in its infancy. There has been a lot of research since then and a great review of the state of the art was recently published in Behavioral Sciences and for those of you interested in more detail, please visit this link.

It Wasn’t Their Fault

Now back to our story. A friend of mine, Lee Liston, from the Utah State Prison asked me whether or not the technology I had developed could be used to rehabilitate inmates incarcerated in the prison. So together we recruited a statistical expert employed by Utah State and set up a study. Lee recruited a group of volunteers from the Youth Offenders Facility and our stat man evaluated the MMPI (Minnesota Multiphasic Personality Inventory) applied through the Fowler Lens (a lens specifically designed for the incarcerated environment). The results were of little use since we already assumed there would be high scores in self and social alienation. However, when we visited with the inmates we discovered a common denominator—it wasn’t their fault. Society had made them this way. An exaggerated story might lay the blame at the feet of others with explanations such as, “All but for the grace of God, there go you. My Mommy was a prostitute, my Daddy an alcoholic, and the neighbor corrupted me with drugs when I was only 14 years old.”

So the three of us decided that in order to get the inmates to truly take responsibility for their actions, we needed to end the blame game. To that end we built positive self-image messages together with, what for over thirty years I have called, the Forgiveness Set: I forgive myself, I forgive all others, I am forgiven.

We had developed a tight double blind study and the results were so robust and impressive that the prison system installed voluntary libraries throughout all facilities, from minimum to maximum security. Eventually a number of other prisons copied the Utah model. However, we had discovered earlier that most inmates were not motivated toward a forgiving program, but they were interested in issues such as body-building, weight gain or loss, athletic performance, and so forth. As such we began to expand our title list while always including the Forgiveness Set and a healthy dose of positive self-image messages.

Today we have over 300 titles designed to facilitate everyone with the issues they find most pressing in life. Bottom line—the fact is we all experience self-defeating and self-sabotaging thoughts and actions during our lives. This self-sabotage originates in our thinking despite the fact that much of it may go consciously unrecognized and/or rationalized. All but for this self-doubt we would all be able to achieve the bulk of our goals in life with ease. If it weren’t for those self-limiting thoughts, what might you achieve? If it weren’t for those sabotaging thoughts, would any of those issues such as weight loss, smoking cessation, confidence, self-esteem, etc. ever be an issue?

InnerTalk, the patented dichotic masking technology I developed and used in the Utah State Prison study, has now been independently verified in multiple double blind and clinical studies carried out in prestigious institutions such as Stanford. It has been studied in foreign languages such as Spanish and German and always demonstrated effective at priming that stream of consciousness we think of as our self-talk. When you change the way you talk to yourself you change your inner beliefs about yourself and abilities. Doubt and fear seem to just disappear and you are free to achieve the success that has previously eluded you. That’s why we say, InnerTalk: When Believing In Yourself Matters! If you think about it—when does believing in yourself not matter?

Now you know what we do and why we have been doing it for more than 35 years. Indeed, we feel blessed to have been able to help millions during that time with the tools necessary to empower each and every one of them, and we plan to continue doing just that for millions more. We think of our customers as part of our family and many of them have been with us since the beginning—ever seeking to answer the question: How high is up? For once you achieve one goal, the next rung in the ladder is easier, and up and up you go.

We welcome you to join our InnerTalk family and begin attaining your ambitions and goals today.

Thanks for the read and as always, I welcome your feedback.