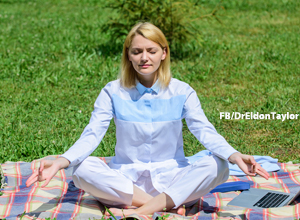 I want to suggest in this week’s spotlight that it is neither unscientific nor irrational to hold spiritual beliefs. Indeed, I intend to go further and suggest that it is the only rational way to live. To that end, let’s examine the nature of reason. There are two general types of reason.

Philosophically speaking, practical reason is the use of reason to decide how to act. It contrasts with theoretical reason, often called speculative reason, which is the use of reason to decide what to follow. Theoretical reason tries to assess the way things are. Practical reason decides how the world should be and what individuals should do.1 It is through theoretical reasoning that science operates. We come to know the world as a result of observation and formalize this knowledge as a result of verification. As such, we understand everything from the theory of gravity to the Big Bang. It is worth noting that theoretical reasoning may include probable inferences by way of some explanations of our universe. As such, some generally accepted theories like the explanation for earthquakes as due to tectonic plates shifting, are considered reasonable because they offer the best probable explanation.

That said, let’s look at what the Big Bang theory asserts. At no time there was singularity. Singularity divided itself (bang) and from that we have everything. However, despite its popularity, there are predictions that arise from the theory that have not born out. Further, other problems with the big bang include that it violates the first law of thermodynamics and the law of entropy. It may be our best theory—but it is still only a theory. It is in fact what the brilliant mathematician Kurt Gödel termed a first principle. And as Gödel demonstrated, all first principles are inherently unprovable.

Now let’s think about practical reasoning for a moment. Saint Thomas Aquinas considered the first principle of practical reason in his Summa Theologiæ to be good: “good is to be done and pursued, and evil is to be avoided.” Let’s think about good for a moment. I think we all can agree that to be happy and healthy is good. I think we’d all also agree that improved cognitive abilities is good and so is the sense of wellbeing. Most of us would also agree that added longevity is good for as the old story goes, ‘Ask a 99-year-old if they want to live to be 100, and they’ll most certainly answer in the affirmative.’ If we can agree that practical reasoning, how we should act, should seek good, then we must conclude based on the evidence discussed so far that reason dictates the reasonableness of holding to spiritual beliefs.

Now contrast that to comments made by proponents of secularism who insist that religious/spiritual beliefs are irrational. How can reason be irrational? If practical reasoning is the basis for my belief, then it is reason that supports my position. What’s unreasonable about that?

Ergo, we have both a pragmatic and reasoned basis for religious/spiritual belief. Now that said, this is not to support dogma that clings to mutually exclusive propositions, is unscientific, and/or teaches fear and harm. Indeed, religions or spiritual practices that injure, deride, or in some other way sabotage the dignity of the human condition would not satisfy our prerequisite: good.