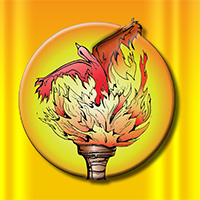 One of my early lessons in life came as the result of a question I asked of a minister. In all teenage pomp and wisdom, I interrupted the man and suggested that his statement, “All men are equal,” was obviously unmitigated rubbish — a bald face lie!

Unlike most who might have simply dismissed my arrogant query with words such as, “In the eyes of God — all men are created equal in the eyes of God,” he quite calmly asked me to imagine two men — the first, a rocket scientist who after much work launches an interstellar voyager. Imagine the pride he feels in the accomplishment. Now imagine a so-called menial laborer, a janitor. On his hands and knees for endless hours, he scrubs and polishes a floor. He has worked so hard and with so much pride that he has scrubbed his knuckles raw. Now he stands back and beholds his labors. The floor absolutely glistens — every square inch of it. It never looked this good even when it was new. Now, I was further then instructed, which man senses the most pride, the rocket scientist or the floor scrubber?

This minister turned the entire question around to the talents we are all given. They may be different, but it is what we do with our talents and abilities that tell the real story. Today I think on this event as my “How high is up?” story.

Over the years I have had the great opportunity to work with some truly wonderful people ranging from elite athletes and entrepreneurs to farmers, truck drivers, salespeople and more. I am certain that I have seen a good cross section of people from many countries, and the successful folks all have one thing in common: They do their best.

Best is a habit. Indeed, Aristotle is credited with pointing out that excellence is not an act, but a habit! Now, I have spoken with many people who say they do their best — they try their hardest — and I believe them. But trying is not doing. There’s an old trick used by hypnotists to demonstrate trying and it goes like this. Take a pencil and hold it between your thumb and forefinger. Grip it tight. Do not let go until I tell you to. Now do exactly as I say. Follow my instructions literally. Now, hold it tightly, tighter and tighter, grip it with all of your finger strength. Now try to drop — you can’t. Try again, you can’t. Now drop it.

Now what’s going on here? First, understand that if you did drop the pencil initially, you failed to follow my instructions. If you did follow the instructions than you found yourself unable to drop the pencil when told to try but perfectly able to release it when I told you to drop it. There is a significant difference in our mental processes between trying, an act in progress that has not succeeded, and actually doing. So how does this relate to success?

Everything we undertake in life requires a skill set. We learn to walk only after learning to maintain balance, to stand on one foot, and so forth. We build upon earlier skill sets in acquiring advanced abilities, so we crawl before we walk. This is true of all life. I can try and try to walk, try my very hardest, and yet fall again and again until I finally acquire the necessary skill set. But to acquire the skill, instead of literally trying, I must stand and do.

There are many tools and tactics that make up the skill set for success, but there are definite common denominators. There are many books that offer to share and even teach these skills to you, whether they are the skills necessary to enjoy a lifelong loving relationship or those necessary to build a fortune. I personally like Steven Covey’s Seven Habits of Highly Effective People as a starting place. Covey outlines seven habits that can help you in most areas of life. They’re simple and for many, rather obvious. Here they are:

Now these seven tactical approaches, when converted to habits, will take you a long way; but in my opinion, the most important set is missing. Of course we could add still more tactics and there are plenty of authors who have done just that. But the most important strategy one can employ to become and remain successful is build a strong character.

What are the elements of a strong character? In my view, they come down to this.

2. The second is courage — courage to do and be your very best in everything you undertake. Assume that your personal signature is on the line for every effort you make.

3. The third is persistence — the tenacity to improve in every way every day.

4. The fourth is service — the realization that life is most worth living when you are helping others.

5. The fifth is forgiveness — forgiveness of all including yourself. Forgiveness and kindness are opposite sides of the same coin. After all, we all make mistakes. As Lorii Myers puts it:

The power behind taking responsibility for your actions lies in putting an end to negative thought patterns. You no longer dwell on what went wrong or focus on whom you are going to blame. You don’t waste time building roadblocks to your success. Instead, you are set free and can now focus on succeeding.

6. The sixth is gratitude — the conviction that everything that comes to you, does so for some good.

7. The seventh, be self-responsible! You may not be in charge of everything that will come your way, but you definitely can be in charge of your responses. In the words of the author of “The Working Mom Manifesto,” Heather Schuck, “Taking personal accountability is a beautiful thing because it gives us complete control of our destinies.”

So, I would suggest that creating and reinforcing a strong character until it is natural, until it is your habit, this is the foundation upon which prosperity in all walks of life exists. We are fortunate in that we are free people, but with that comes a responsibility. In the words of Jean-Paul Sartre, “Man is condemned to be free; because once thrown into the world, he is responsible for everything he does. It is up to you to give [life] a meaning.”

Be blessed and thanks for the read,