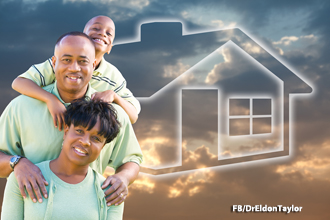 In this week’s spotlight I would like to discuss the American Dream. Webster defines the American Dream this way, “The ideal that every US citizen should have an equal opportunity to achieve success and prosperity through hard work, determination, and initiative.”

Owning Your Own Business

This ambitious statement is often trivialized with idioms of baseball and apple pie. That said, if we take a moment to think about the true meaning, “that every US citizen should have an equal opportunity to achieve success and prosperity through hard work, determination, and initiative,” then we can quickly understand why so many Americans own their own business. Indeed, “the most recent census report Survey of Business Owners estimated the number of business owners as 20.4 million in 2007.” 1

With ambition this high, you would think that more young people would be studying finances, but most US high school students never have to take a personal finance class.3  Why is that? Is this something that’s supposed to fall to the responsibility of the parent?

With interest rates low and credit easily available, many people find themselves seeing red. The numbers are revealing, “According to recent data compiled by the Federal Reserve Bank of New York, total credit card balances amounted to $784 billion in the second quarter of 2017 — a $20 billion increase from the previous quarter.” 4

Is there a disconnect here, perhaps even a form of cognitive dissonance, in that so many people wish to own their own business and yet their money management skills appear sorely lacking.

Now this commentary until now says nothing about the social welfare programs that somehow are becoming more a part of the American Dream. Webster may need to redefine what the American Dream and add in free health care, free college education, free money every month, etc.

There’s much more to business than the financial side of matters, but without the knowledge necessary to succeed, together with the tenacity and what Webster calls, “hard work, determination, and initiative,” the business will be undervalued and/or fail.

It’s time we taught more about business and finance in our public schools in order to better prepare people to succeed! It’s also time we renewed our appreciation for hard work and actively encouraged it. I want to see people truly live out their own American Dream and succeed and prosper! My thoughts anyway, what are yours?